Hong Kong lies on the south east coast of the People’s Republic of China (PRC) adjacent to the Chinese province of Guangdong. The territory’s 1,075 square kilometres comprises Hong Kong Island, Kowloon Peninsula, the New Territories and some 230 islands.

The population is approximately 6.5 million, over 97% of which is of Chinese origin. The official languages used by the Government are Chinese and English. The Chinese dialect of Cantonese (originating in Guangdong Province) is widely spoken by the Chinese population, while English is the predominant language used in the financial and commercial fields.

Hong Kong is a free enterprise economy, its chief industries being trade, tourism and the provision of business and financial services. The territory counts its well developed infrastructure, low taxes and sound government regulatory system as its main selling points to stimulate investment. Its close proximity to PRC makes it the perfect gateway to investing in the fast growing PRC markets.

Hong Kong became The Hong Kong Special Administrative Region of the People’s Republic of China on 1 July 1997 and has operated after that date under the terms of the Basic Law of the SAR. The Basic Law stipulates that the laws previously in Hong Kong, including the common law, the rules of equity, ordinances, subordinate legislation and customary law shall be maintained. In addition, Hong Kong retains a high degree of autonomy and enjoys executive, legislative and independent judicial power.

Due to Hong Kong’s small size and the nature of its terrain, there are very few natural resources in the territory. Importing and exporting are the main industries of Hong Kong; it ranks as the eighth largest trading economy in the world. It is arguably one of the top five international financial centres, with sophisticated banking, merchant banking, equity, foreign exchange and futures market.

Hong Kong has a free market economy. The United States Heritage Foundation Index of Economic Freedom 1998 found Hong Kong, for the fourth consecutive year, to be the freest economy in the world.

In order to encourage investment in the territory, the government imposes very few restrictions on foreign trade, allows free flow of funds in and out of the territory and imposes low rates of tax on profits earned. Funds invested in the territory can be repatriated without restriction, as there are no rules limiting repatriation of capital or earnings, no exchange controls and no requirements on the reporting of foreign capital.

In 1979, the PRC Government adopted an “open door” policy whereby foreign investment was encouraged in special designated areas of PRC. Since then, Hong Kong’s economy has developed close economic links with the southern regions of PRC, especially in Guangdong Province and the Shenzhen Special Economic Zone bordering the north of Hong Kong.

Hong Kong has a three tier system of banking institutions. At the first tier are licenced banks, which must have a paid up capital of HKD300million. Licenced banks are allowed to operate current and savings accounts and take deposits of any size from the public. At the second tier are restricted licence banks, which must maintain an issued and paid-up capital of HKD100million. Restricted licence banks may take deposits from the public in amounts not less than HKD500,000. The third tier is represented by deposit taking companies, which must have an issued and paid-up capital of HKD25million. These institutions are limited to taking deposits of not less than HKD100,000 with a term of at least three months.

A branch office of a foreign company must register with the Registrar of Companies as stipulated by the Business Registration Ordinance, which includes submission of the company’s Memorandum and Articles of Association, details of its directors and secretary, its place of business in Hong Kong, its registered office overseas and its place of incorporation. There are no requirements for annual audits, the filing of the branch office’s tax return must be accompanied by financial statements duly certified by a director or authorised person.

Individuals may also carry on business as sole proprietors or form partnerships, either of which must be registered under the Business Registration Ordinance. Partnerships are governed by the Partnership Ordinance. There are no statutory requirements for annual audits, but annual tax returns must be accompanied by financial statements.

Under the Hong Kong Companies Ordinance, a company must have a minimum of one director and one shareholder. The company must also obtain a Business Registration Certificate from the Registrar of Companies.

In accordance with the Companies Ordinance, every company must keep proper books of account and be preserved for seven years from the end of the financial year to which the latest records have been kept.

The Companies Ordinance sets out the legal requirement that all companies must prepare financial statements comprising a minimum of a Balance Sheet and a Profit and Loss Account. The directors of a company have a legal obligation to ensure proper accounting records are kept. These financial statements are required to be audited by independent auditors registered with the Hong Kong Society of Accountants and the auditors must report on the financial statements at the Annual General Meeting.

Expenses are deductible to the extent that they are incurred in the production of income that is subject to income tax. General provisions for bad debts are not deductible for tax purposes. Specific bad debt provisions are deductible where the original debt was included as a taxable trading receipt and subsequent recovery is taxable. Tax losses can be brought forward from prior periods to offset future taxable income and can be carried forward indefinitely. However, there are no carry-back provisions for tax losses. Special tax treatment for purchase of plant and machinery specifically related to manufacturing, and computer hardware and software, is available to the taxpayers. Capital expenditure on these assets is deductible in the year in which it is incurred.

Any foreign company trading in Hong Kong, whether as a subsidiary or a branch office, would be subject to profits tax.

The standard rate for corporate profits tax in Hong Kong is 16%.

Dividend income and capital gains are not subject to Hong Kong tax.   Taxation of Individuals   The personal tax system in Hong Kong is quite simple. The Hong Kong Government believes a simple structure along with relatively low tax rates would promote investment in the territory. To promote investment further, interest income, capital gains and dividend income, which are subject to taxes in many countries, are not taxed in Hong Kong.

There are no separate tax treatments for resident and non-resident individuals. Resident and non-resident individuals alike are liable to pay tax on assessable income derived in Hong Kong. An individual is subject to salaries tax on income from Hong Kong source employment or office (such as director’s fees). Assessable income principally includes basic salary, commissions, bonuses, gratuities, employment related allowances, gains from stock options and reimbursement by the employer of private expenses. Personal allowance deductions are available for the taxpayer, his/her spouse and dependants. There are few employment related expenses which can be deducted from assessable income.

Salaries tax is calculated on a progressive scale from 2% to 17% but is limited to an overall tax rate ceiling of 15% before personal allowances.

Taxable income from partnerships and sole proprietorships are computed in the same manner as for corporations, except that there are no deductions for salaries or interest on loans paid to a partner or his/her spouse. Income tax is calculated at 15% and can be taxed at the partnership level or be included in the individual’s tax return.

Stamp duty is payable on the transfer of Hong Kong immovable properties, securities, bearer instruments and warrants. Stamp duty rate on stock transactions is 0.2% on market values of the stocks transferred. Stamp duty is payable on the transfer of immovable property situated in Hong Kong at the lowest amount of HK$100 or at the rate of 0.75% to 3.75%, depending on the transfer values. If any instrument which is chargeable to stamp duty but is not duly stamped within the specified time period, penalties for late payment stamping of up to ten times the duty payable may be charged. As well, an unstamped document has no legal standing and cannot be acted upon by the company secretary.

Capital duty is payable on the authorised capital of a company at a rate of 0.1% with a cap at HKD 30,000 per case. This duty is payable whether the shares are issued or not.

Property income taxes are assessed for each rental property based on its net rental receipts, less a statutory 20% reduction, at a rate of 15%.

There are no sales taxes in Hong Kong.

Hong Kong has not entered into any formal tax treaties with other countries. However, the SAR has concluded a double tax arrangement with the central tax authorities in the PRC to avoid double taxation between mainland China and the SAR.

Employment legislation is set out in the Employment Ordinance and is regulated by the Hong Kong Labour Department. The Ordinance covers legislation over contracts of employment, termination, long service payments and severance payments, rest days and statutory holidays, annual leave, sick leave, maternity leave and employment records. There is no minimum wage in Hong Kong except for certain domestic helpers.

Foreign nationals are prohibited from working in Hong Kong without a working permit. The prospective employer of a foreign national is required to complete an application for a working permit, stating reasons for employing the said individual (over equivalently qualified local personnel). 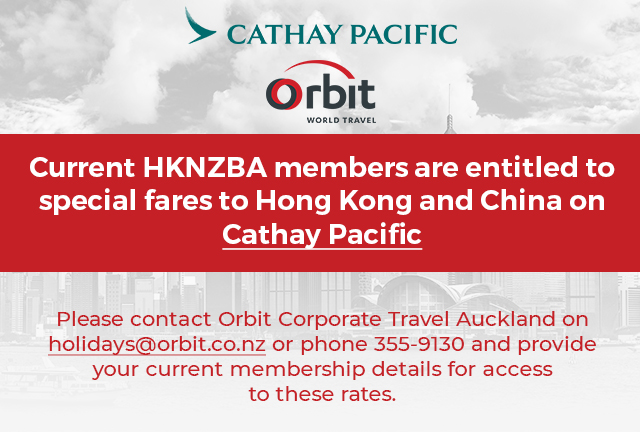